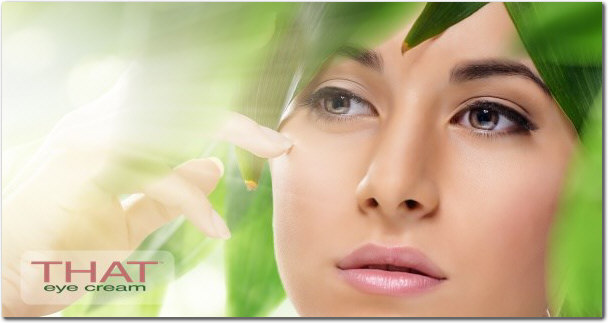 As you age, one of the first areas to show it is the area of skin surrounding your eyes. The good news is that many of these tell-tale signs of aging are both preventable and to some extent, reversible. Let’s take a look at some of the most common problems that will cause your eyes to give away your age — or worse yet, make you look older than you really are!

Crow’s feet are often the first noticeable sign of aging. These are actually small lines that extend form the corners of the eye. The pattern looks like the feet of birds, which is how they get their name. These fine lines and wrinkles can become exacerbated by exposure to the sun as well as by smoking.

Dark circles are another problem that can make you look tired and worn out, even when you’re not. Often they’re an inherited trait, but they can result from various age-related factors as well.

Changes in pigment can cause under eye circles to make an appearance. And as you get older, the skin around the eyes gets thinner and this causes the blood vessels underneath to become more visible. Simply losing this youthful thickness in the skin can end up causing the appearance dark shadows or circles under the eyes that weren’t apparent before.

You can also get the appearance of dark circles because you have less fat in the area of your eye. This causes a hollow over the bone under your eye.  This hollowed out area produces a shadow and is sometimes referred to as having “deep-set” eyes. Combined with the thinner skin that comes with aging, this type of dark circle problem can be particularly difficult to deal with.

Puffy eyes are also a common beauty complaint and can happen at any age. Thinner, aging skin is impacted more by changes in your body’s fluid levels. When you have a lot of salt in your diet or you’re suffering from a cold you may notice more puffiness under and around the eyes.

The good news is that all of these problems are treatable. First, you’ll want to make sure to follow a great anti-aging skincare routine. Benefits include removing excess toxins and makeup that lead to aging skin, keeping skin plump and moisturized, as well as fighting off the most common signs of aging.

An effective yet gentle cleanser is a must. A good one won’t strip your skin of essential oils but it will remove daily dirt and grime that can clog your pores. You’ll also want to use a moisturizing cream designed to help boost the collagen levels in your skin. As collagen decreases naturally with age, the skin becomes thinner – you want to do as much as you can to prevent this from happening.

One ingredient that’s been shown to aid in collagen production is Matrixyl® 3000. Using a moisturizer that contains this ingredient will help fight aging and allow your skin to take on a rejuvenated appearance.

Finally, you’ll want to directly address issues around the eyes. For example, using an eye gel or serum containing antioxidants is a must. Eye creams with “hesperidin methyl chalcone” (a natural antioxidant derived from citrus) will help to reduce the look of dark circles.

Start With The Right Under Eye Treatment

Keep in mind the best eye cream products will also work to combat crow’s feet and puffiness. We suggest trying THAT Eye Cream’s All-In-One Eye Gel with Vitamin C to give your eyes a fighting chance against the common signs of aging.

Following the right anti-aging skincare routine will help to treat the signs of aging around your eyes. You’ll be able to not only prevent future problems, but you can also reverse some of the signs you’re already seeing right now. 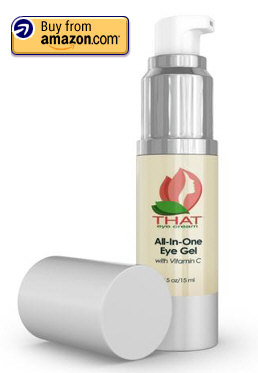